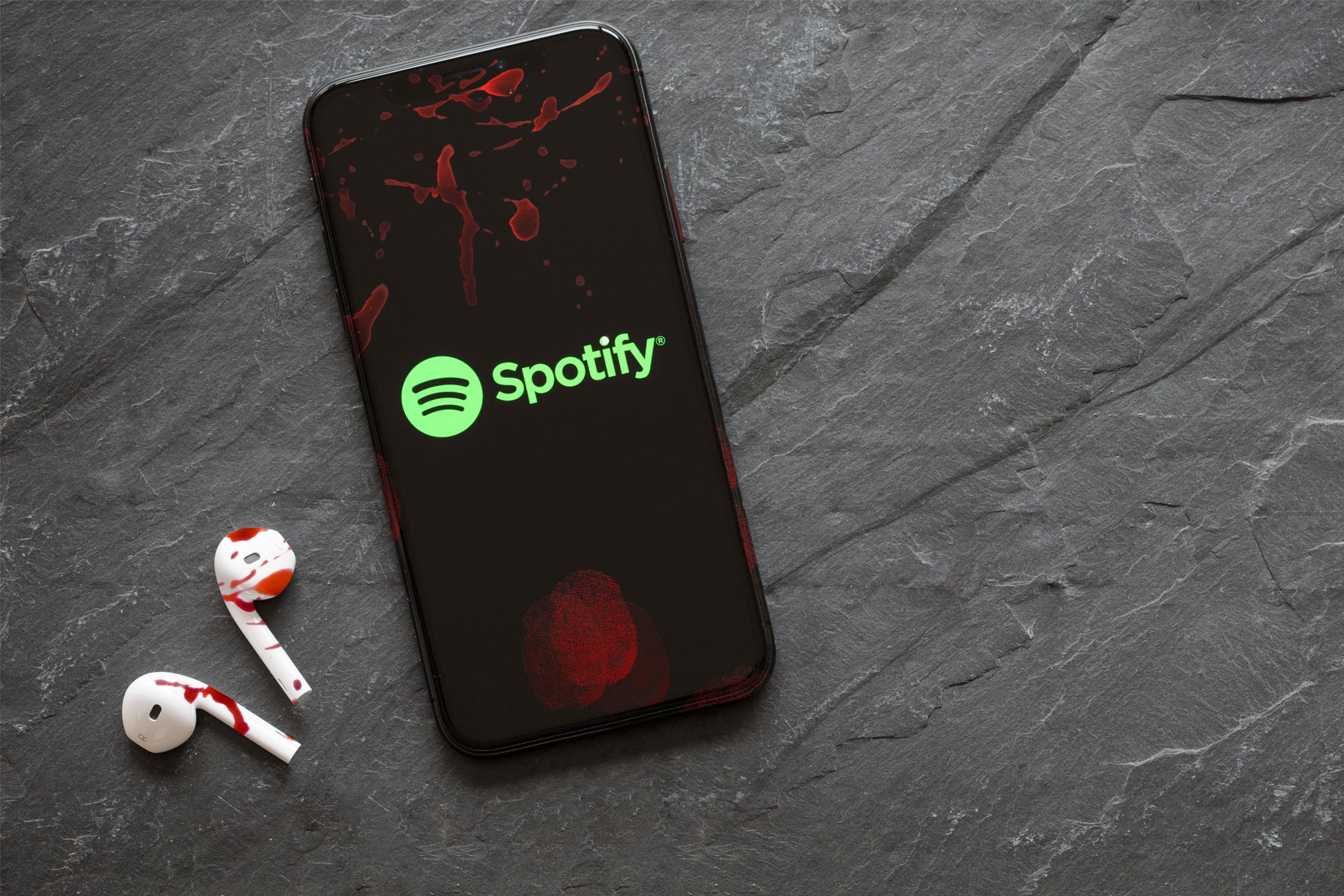 Looking for some of the best true crime podcasts on Spotify to stream? Check out these exclusive originals that you can’t listen to anywhere else.

Many listeners (including myself) find them to be captivating and convenient.

If you’re looking for free top-rated true crime content to listen to for hours on end, then Spotify is a great place to start.

Whether you’re a true crime enthusiast or simply looking for a new and intriguing way to pass the time, these podcasts are sure to keep you on the edge of your seat.

1. Kim Kardashian’s The System: The Case of Kevin Keith

In February 1994, Kevin Keith was arrested and charged with a triple homicide in Bucyrus, Ohio, despite the lack of physical evidence.

To this day, there is no physical evidence tying Kevin to the crime yet; he has spent over 28 years behind bars, with many of those on death row.

His brother Charles has always been convinced of his innocence and has been working relentlessly to clear his brother’s name.

Kim Kardashian’s The System: The Case of Kevin Keith features eight episodes in which Kim Kardashian and a team look into the Kevin Keith case and shine a light on a legal system that is often baffling.

Listen to this podcast to judge for yourself.

Casefile is an award-winning true crime podcast that releases new episodes every week.

It’s hosted by an anonymous Australian-born man and focuses on both solved and unsolved cases from around the world.

The podcast first aired in early 2016 as a one-person side project and has since grown into a full-blown team of researchers and writers due to its popularity.

Each episode of Casefile is carefully researched and provides a detailed look into the case being discussed.

Some of their Spotify exclusive series include Matty and Psedudocide.

The podcast takes a no-nonsense approach to crime discussion, leaving out the banter and instead focusing on the facts.

This makes it a great source of information for true crime fans and those wanting to learn more about the intriguing cases.

As mentioned, the podcast has won numerous awards from Apple, Spotify, and Cast Away.

It has also been featured in various publications such as Rolling Stone and Time magazine.

With its gripping stories and in-depth investigations, Casefile True Crime is a must-listen for any true crime fan.

Are serial killers born evil? What turns a regular person into a predator?

Serial Killers the podcast aims to find out as it dives deep into the minds and methods of sadistic murderers.

With new episodes Mondays and Thursdays, they have your true crime fix covered.

Serial Killers the podcast is one of the best serial killer podcasts on Spotify because it unpacks their lives and crimes whilst also diving deep into their twisted minds.

Unsolved Murders: True Crime Stories is a podcast that explores unsolved murders from around the world in an entertaining attempt to solve the case.

Each weekly episode of the podcast dives deep into a different mysterious case that can sometimes span multiple parts.

By examining the facts, interviewing key figures, and providing up-to-date information about the case, the hosts make you feel like you’re a part of the investigation.

The podcast has been running since 2016 and does a great job of providing insight into the minds of the offenders and victims.

This unique and intimate look into various cases makes Unsolved Murders one of the best crime podcasts on Spotify.

Cults is a gripping podcast hosted by Greg Polcyn and Vanessa Richardson that dives deep into the world of extreme religious movements.

Each episode of the podcast focuses on a different cult, exploring its history, beliefs, and practices.

Episodes of Cults often focus on lesser-known cults, providing an in-depth look into their unique practices and beliefs.

The podcast also provides insight into the strange minds of cult leaders and devoted members.

With its gripping stories and informative investigations, Cults is a must-listen for anyone interested in these unusual religions.

Each episode focuses on a different woman, delving into their crimes, motives, and ultimate punishment.

From notorious serial killers such as Aileen Wuornos to lesser-known but equally disturbing cases, the podcast covers a wide range of crimes committed by women.

Female Criminals also examines the way women are often portrayed in the criminal justice system and media, and how these perceptions may have affected their trials and punishments.

Crimes of Passion is a podcast that explores the stories of crimes motivated by love and lust.

Each episode delves into a different case, taking listeners on a journey through the investigation, trial, and ultimate outcome of these emotionally-charged crimes.

From jealous lovers to betrayed spouses, the podcast covers a wide range of cases that were driven by passion.

The podcast offers a unique perspective on these cases, exploring the psychological and emotional factors that led to the criminal actions.

Alongside examining the actions of the perpetrator, Crimes of Passion also looks at the victims and how they were affected by the crime.

It provides a fascinating insight into the criminal mind, and how emotions can drive people to commit heinous acts.

Conviction is an investigative podcast that looks at law enforcement misconduct, criminal activities, and the judicial system.

Each season, which usually comprises of 7-8 episodes covers a unquie true crime story.

This includes cases of mistaken identity to flawed forensic evidence that have all occurred within the criminal justice system.

Conviction also dives deep into the impact of these injustices on the individuals and their families, and the long-lasting effects of wrongful conviction.

It’s an important podcast for anyone interested in understanding the criminal justice system and the fight for justice.

Crime Countdown is a true crime podcast that takes listeners on a journey through time of the most notorious and gripping criminal cases in history.

Each episode focuses on a new case that has captivated the public’s attention due to its extreme nature.

From the well-known and highly publicized cases such as the Black Dahlia murders to lesser-known but equally disturbing crimes.

The podcast offers a unique perspective alongside historical context.

Crime Countdown also explores the societal impact of these cases, and how they have affected the criminal justice system.

It’s perfect for true crime enthusiasts and anyone interested in understanding the criminal mind.

Medical Murders is a true crime podcast that delves into the chilling world of medical professionals who use their knowledge and expertise to kill.

Each episode explores a different case, taking listeners on a journey through the investigation, trial, and ultimate conviction of these heinous criminals.

From doctors who poisoned their patients to nurses who killed for the thrill of it, Medical Murders uncovers the shocking truth behind some of the most twisted and disturbing crimes in history.

With in-depth analysis, expert interviews, and gripping storytelling, the podcast provides a unique and captivating look into the mind of the medical killer.

The host, who is a veteran journalist, narrates the story of each episode with great attention to detail, making the listener feel as if they were part of the investigation.

It is a must-listen for true crime enthusiasts and anyone interested in understanding the darker side of the medical profession. 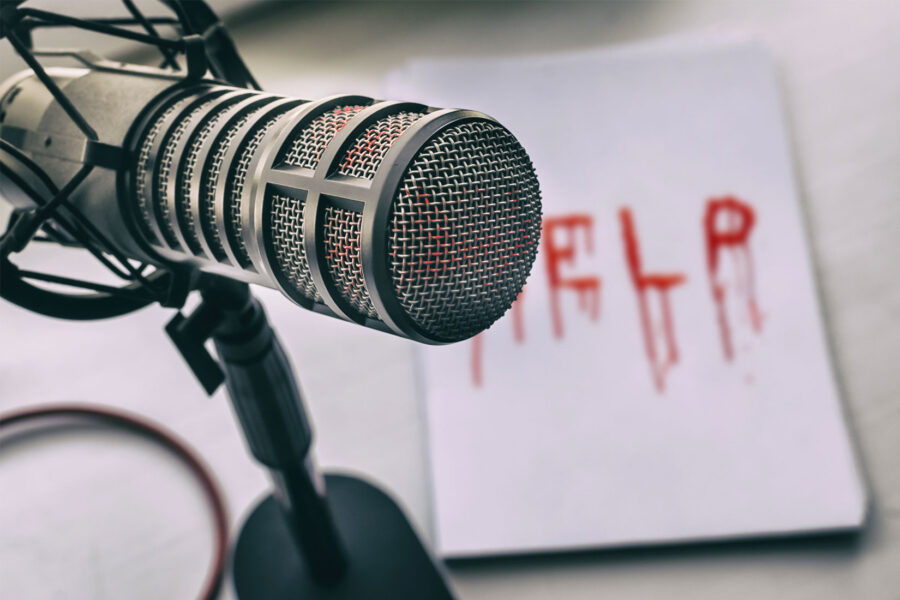 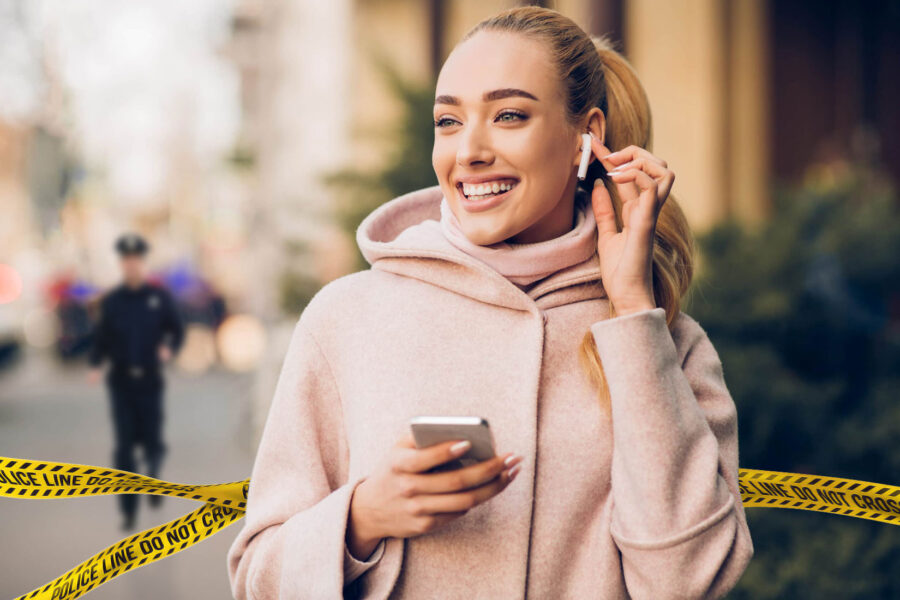 This website may include affiliate links. If you click on a link and purchase the product, True Crime Source may receive a small commission at no extra cost to you. This helps elevate the costs involved in updating, maintaining, and marketing True Crime Source. We will only ever recommend products that we have personally used or thoroughly researched.